Overcoming the Awkwardness of Networking 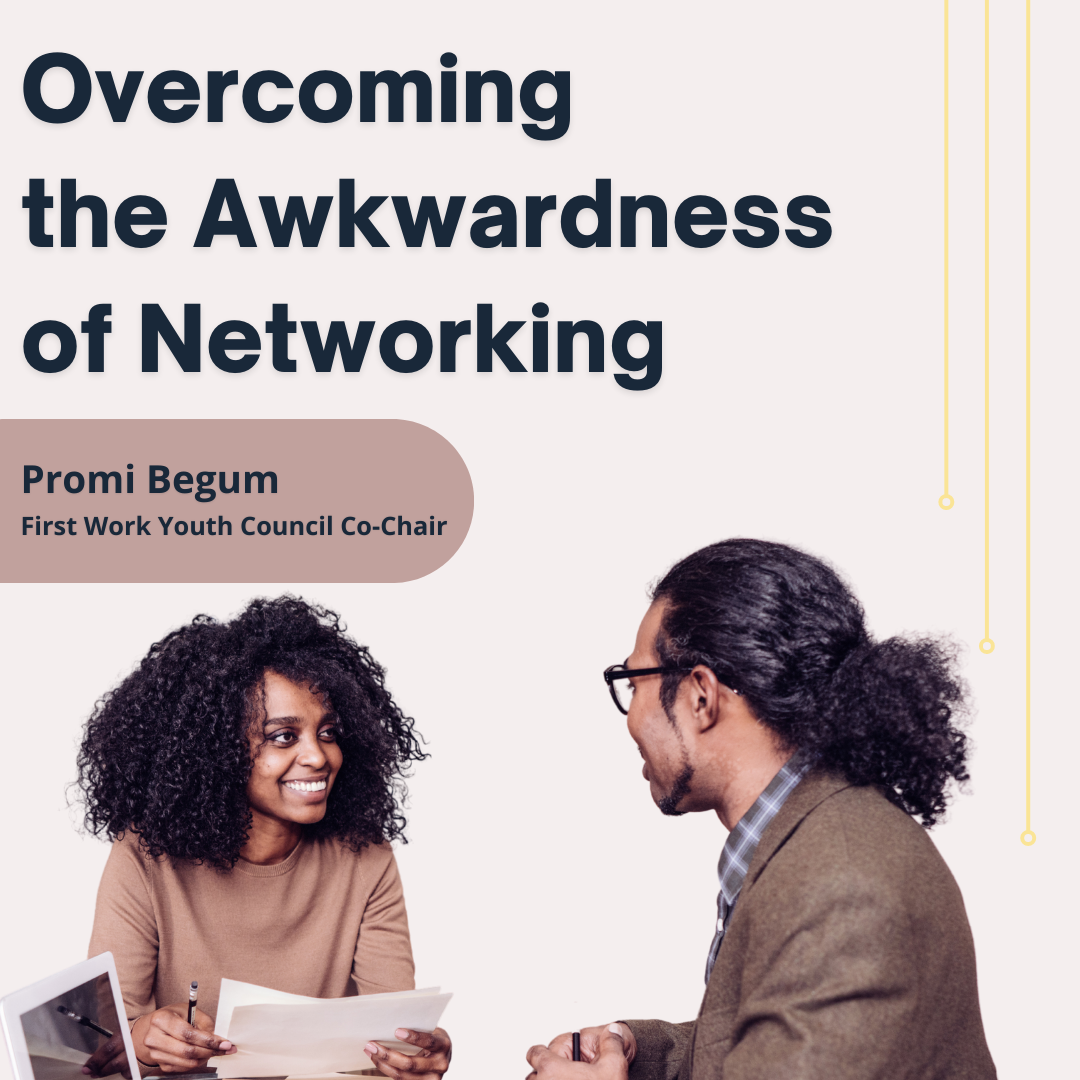 I was 18 when I first heard the term “networking.”

In my first week of university, a professor declared to my class, “You will find your first job out of university and afterwards through networking.”  Before this moment, I had not heard about the concept of “networking.” Not fully understanding what it entailed, I was confused and concerned about my future. Being a first-generation student – meaning I had no guidance from close friends and family – I wasn’t familiar with how to navigate university in general. To then have this pressure placed on me was overwhelming. To overcome this pressure and stress, I had to learn how to network and determine what “networking” meant to me through trial and error.

I’m a social person. I thought the way to network was by attending big events, but I never felt comfortable.

I found myself exhausted after these events and without meaningful experiences or connections under my belt. I also tried using an app for professional networking but found it uninspiring. Even though I love the energy of big events, I was surprised to notice that most large, impersonal networking approaches weren’t for me.

During all these networking attempts, my mind was focused on using networking to find a job and so I focused on career-related topics. When I reflect, I think a large part of the reason I felt awkward was because I believed networking was only for getting a job. 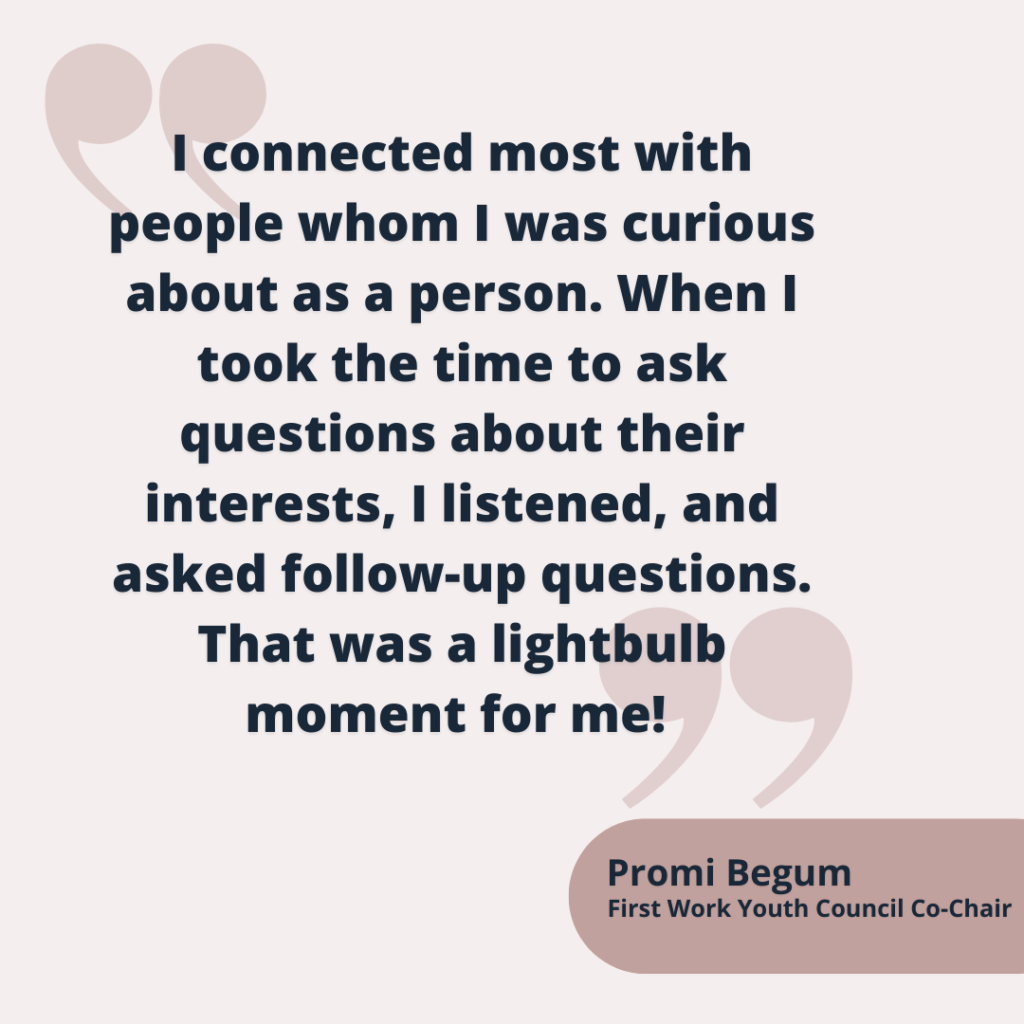 Things changed for my relationship with networking after I stopped focusing on getting a job and started focusing on the person I was meeting with. I went from attending large events to conducting informational interviews – also known as coffee chats.

Informational interviews were recommended to me often, but I was never taught how to conduct one. I found it daunting to ask for career advice and interview someone about their own career at the same time.

I conducted my first informational interview at the start of COVID-19 when I was exploring different career paths because I had lost a few opportunities due to the hiring freeze because of the pandemic. I did these informational interviews because I wanted to learn more about career paths that interested me beyond the job posts I saw every day.  The advice I got from the coffee chats was useful, but the interaction still felt like it could be more enjoyable and meaningful.

I connected most with people whom I was curious about as a person. When I took the time to ask questions about their interests, I listened, and asked follow-up questions. That was a lightbulb moment for me!

Now, I only attend small events and conduct informational interviews that pique my interest. These formats allow me to spend my time getting to know at least one person, have a meaningful interaction and leave without feeling awkward or burnt out.

Networking to me now means staying curious, and at the end of the day, having a real conversation with the person across from you helps you find people with similar core values.  Building long-lasting relationships is how I made networking work for me! 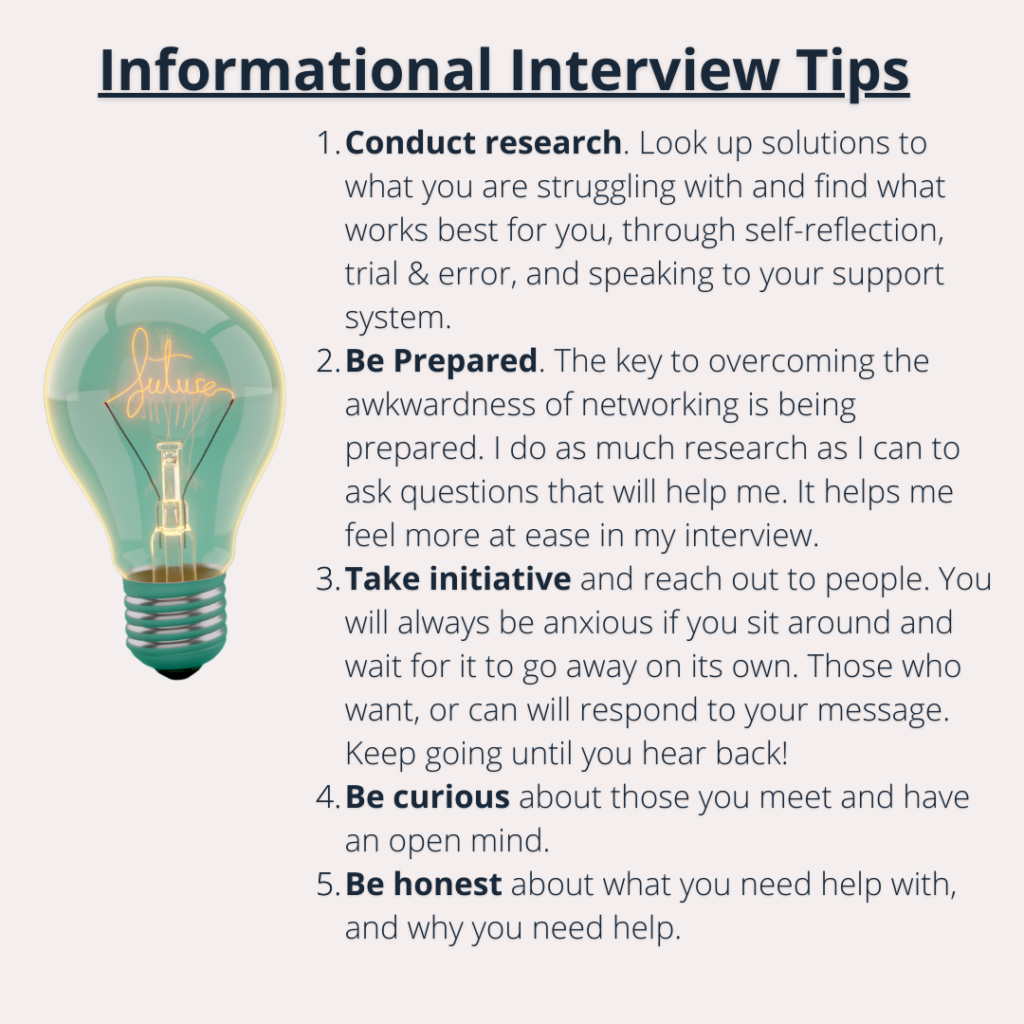 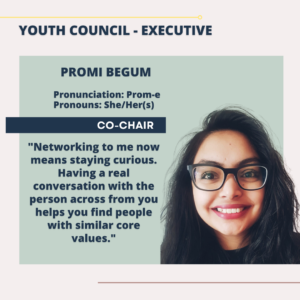 This blog post was written by Promi Begum of the First Work Youth Council. 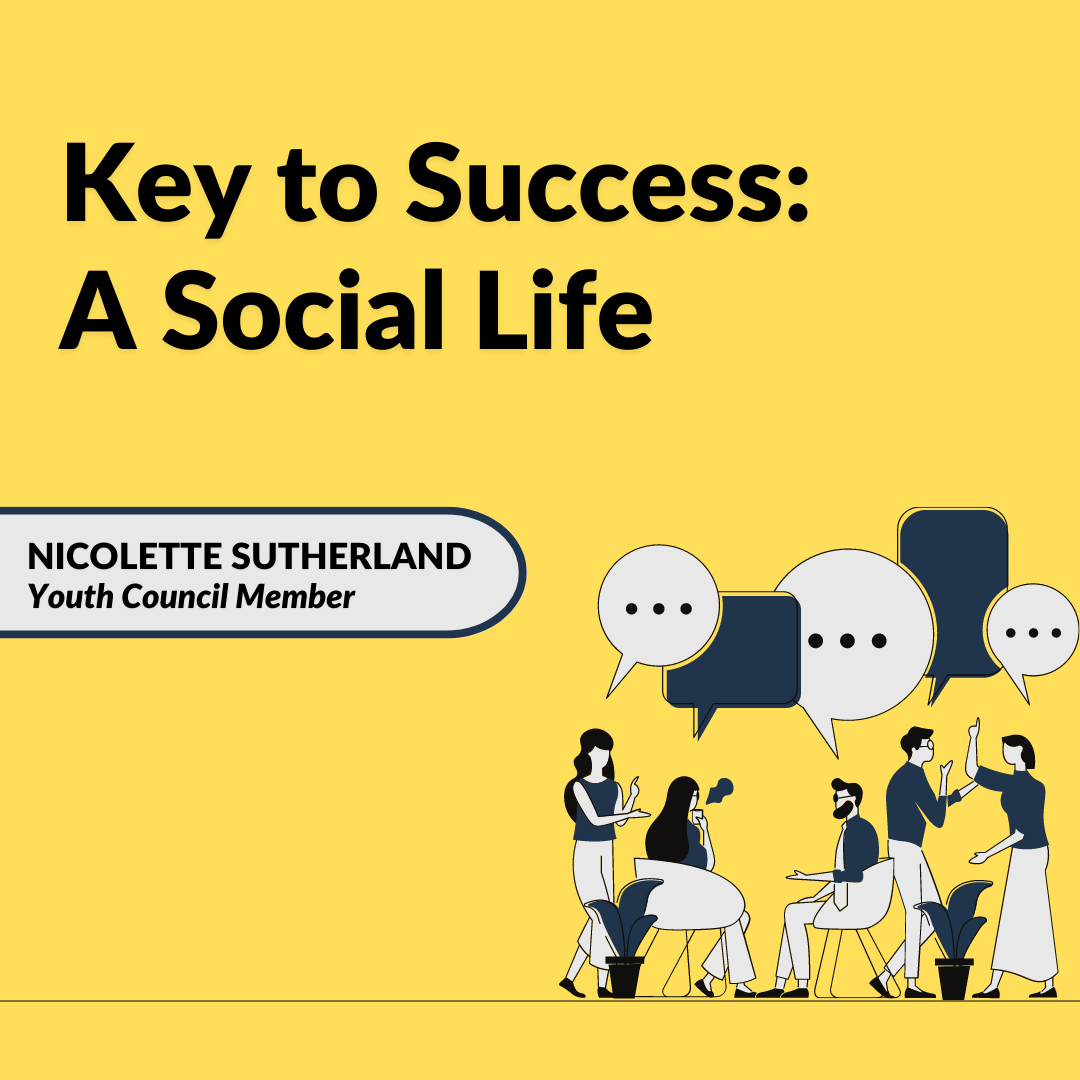 Keys to Success: A Social Life 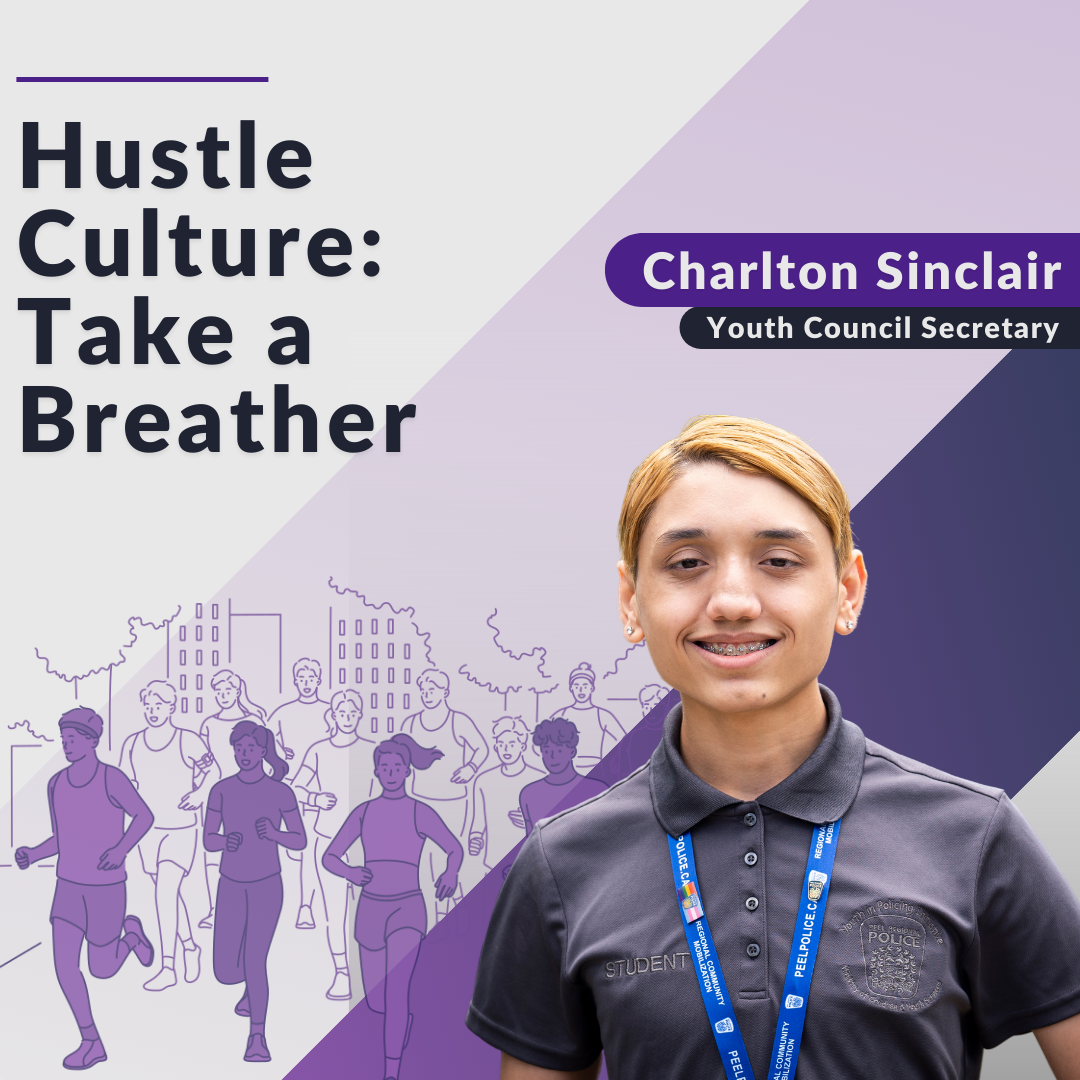 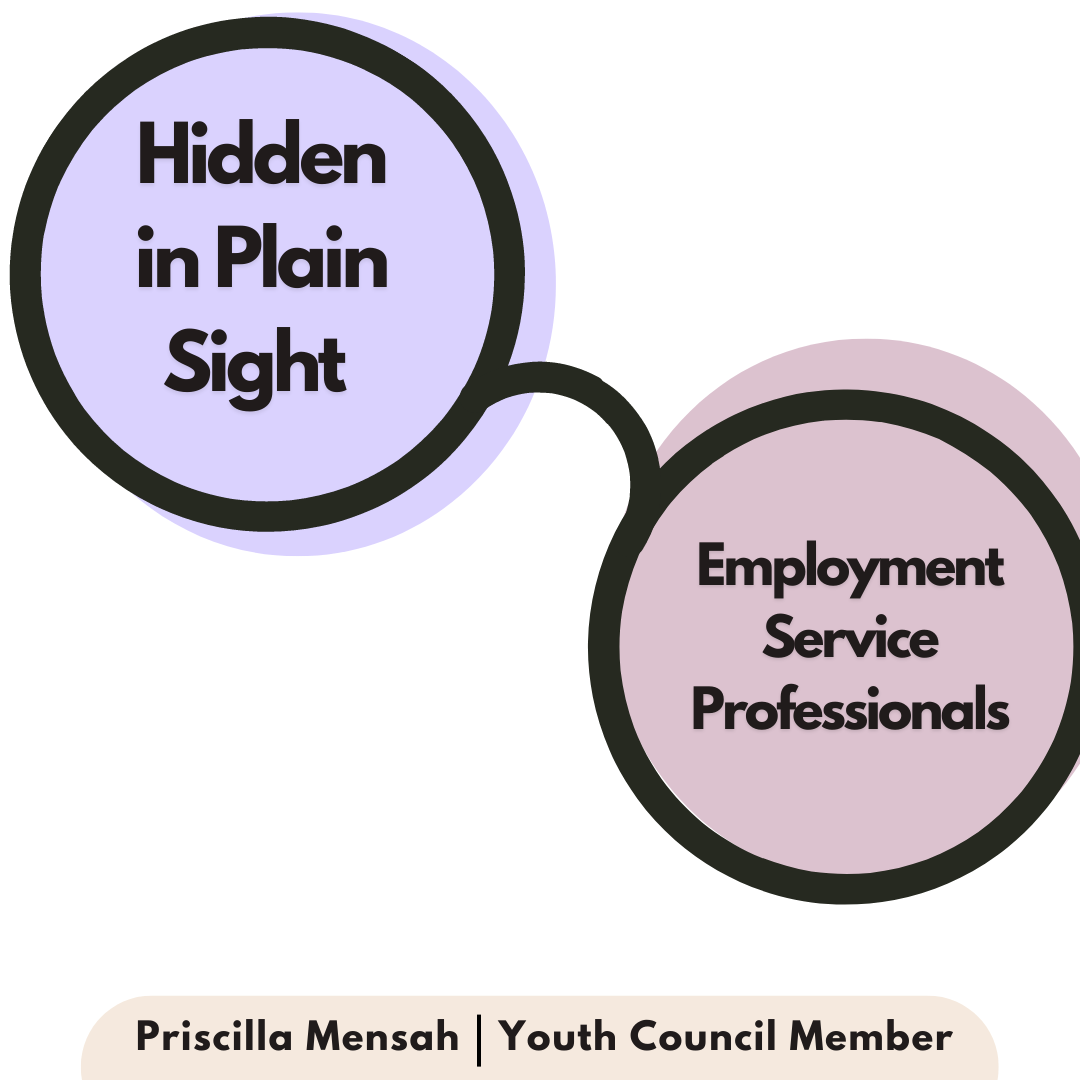 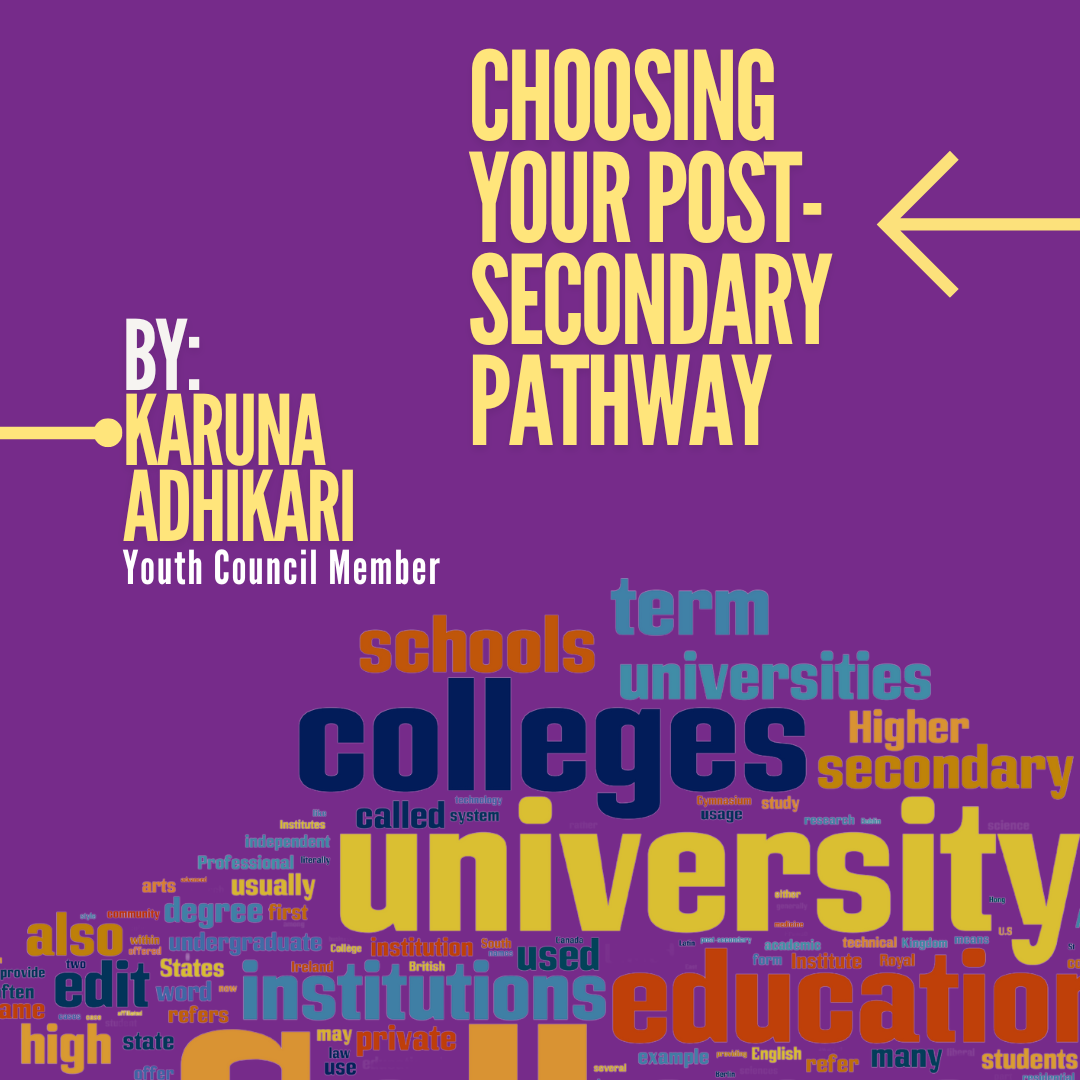 On the search for a job, looking to level up your
Communication plays an important role in our lives
#GPSforYourCareer is helping people find jobs! One
Starting and growing your career is challenging, a
Aspire Youth Summit 2023 is fast approaching! Join
Youth employment programming is more important tha
Load More Follow on Instagram